The Abyss Gazes Back

This was a massive undertaking. I found a large picture frame on the streets of L.A. and brought it home. I took out whatever picture was in there, spray-painted the frame gold and then cut a sheet of wood the just the right size, painted it copper and bolted it to the back of the frame. Then I started bolting stuff on. 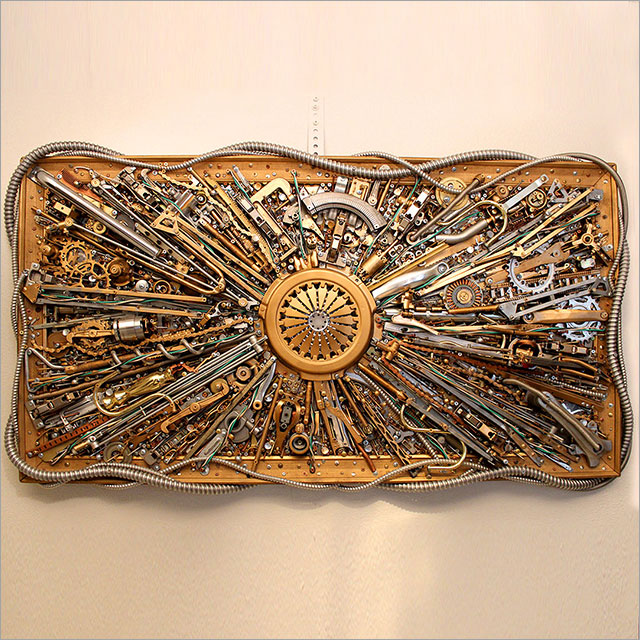 The first thing to go on is the round thing in the middle. This is part of a transmission clutch plate that was replaced in my old Toyota pickup truck. The mechanic was going to throw it into the dumpster but I told him I wanted it.

The rest of the objects on there are screws, conduit hose, lamp parts, parts from a dismantled typewriter and bicycle parts I acquired from Bikerowave in Venice, CA. They always had a big box of old parts to go to recycling and I went in there once in a while and got all the best parts.

This took probably 70 or 80 hours to complete. As a visual inspiration for the overall look, I was a big fan of this show called 'Space: 1999' when I was a kid, and my favorite episode was called "The Dragon's Domain" which had this hideous creature in it: 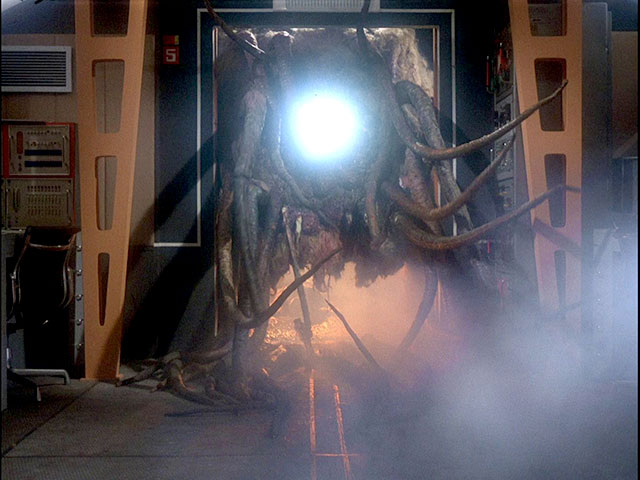 This creature made a god-awful noise that still haunts me to this day. There's a video of the whole episode on YouTube, and it still holds up pretty well after all these years. 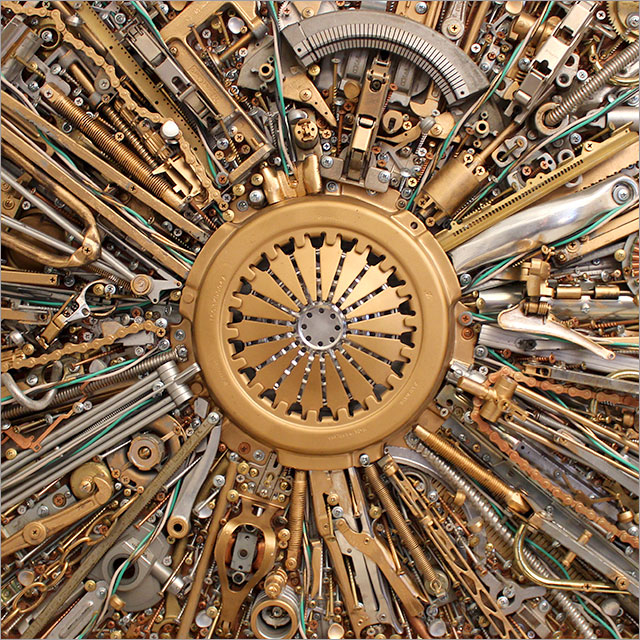 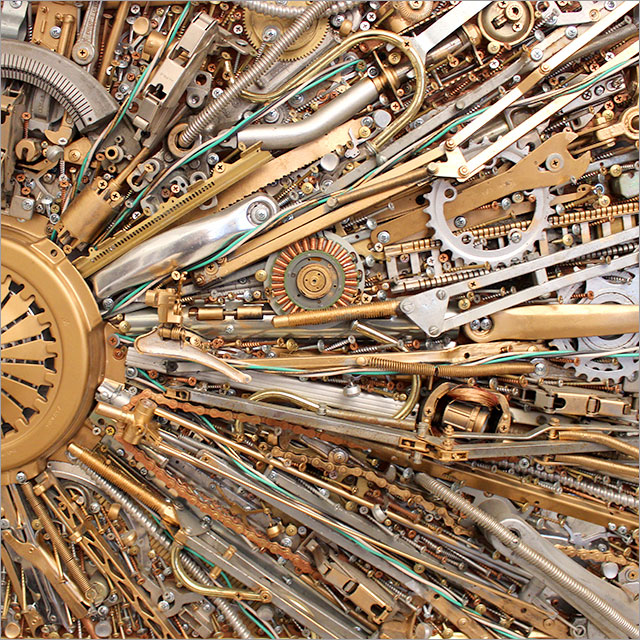 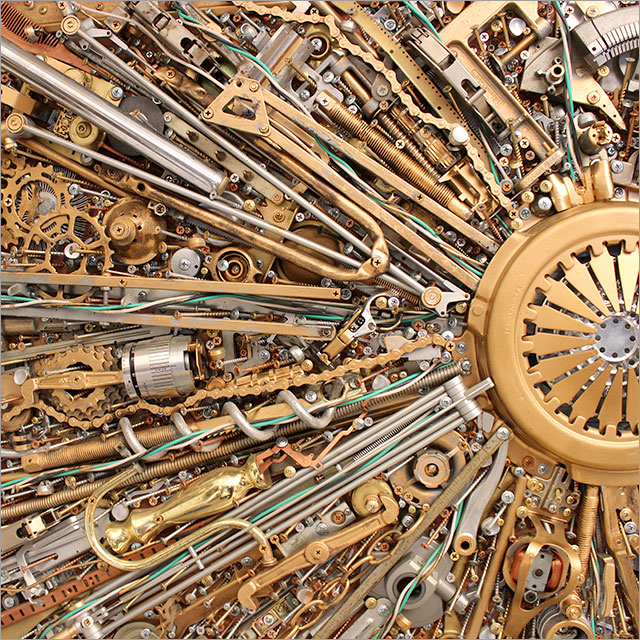 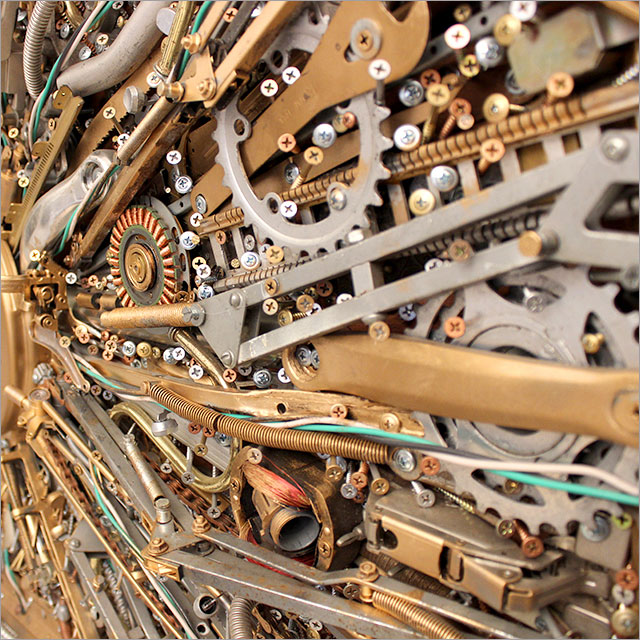 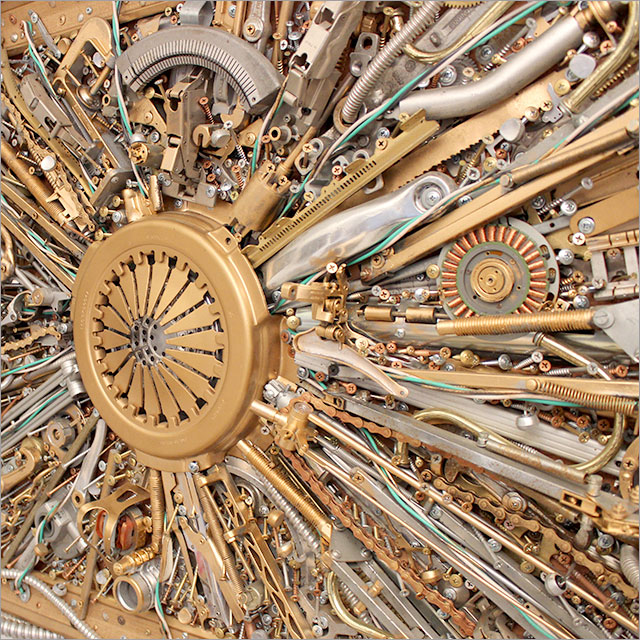 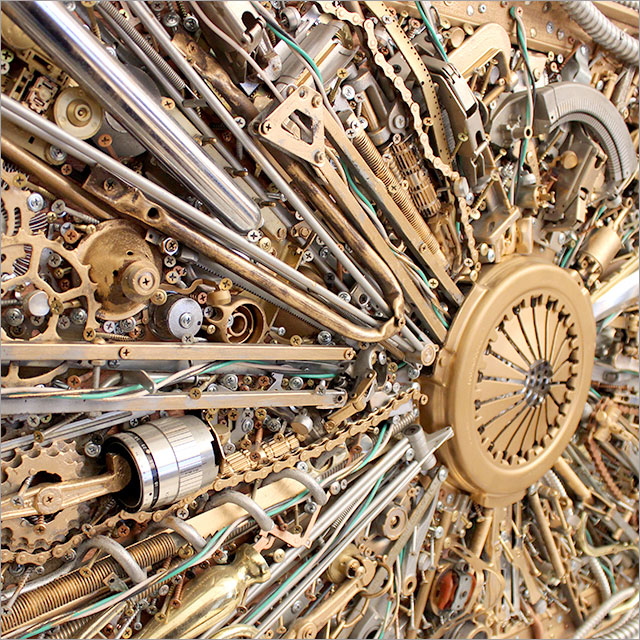 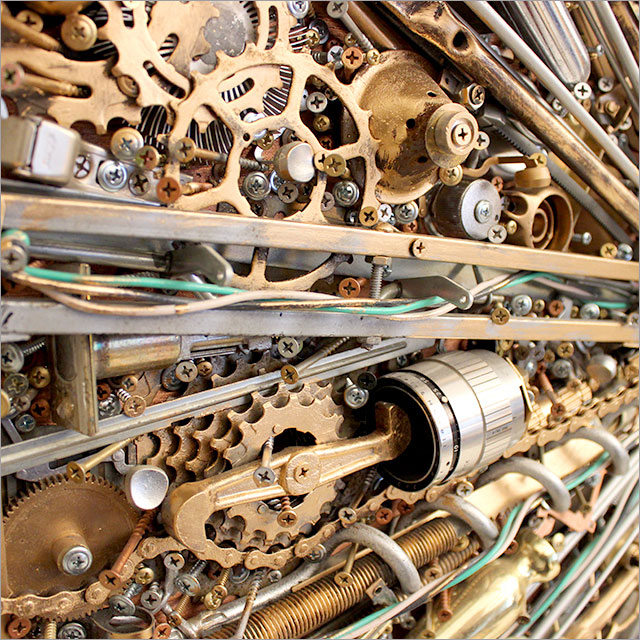